Breast cancer treatment is done to cure breast cancer, which is counted as one of the most common and most invasive kind cancers present worldwide in women and the leading cause of death of women. As the terminology states, Breast cancer develops in the breast cells whose growth is regulated due to several mutations occurring in the genes and multiplying at an exponential rate. This leads to the formation of a tumor.

In breast cancer, the cancer is present in lobules, which are the milk-producing glands in the women breast or in the ducts of the breast, which are tube-like structure taking the milk produced from the glands to the nipple. Breast Cancer can also be present in the fatty tissue of the breast or the fibrous connective tissue within your breast. Breast Cancer is most prevalent amongst women, however, anyone with breast tissue can suffer from breast cancer and would require breast cancer treatment. Therefore, men are susceptible to breast cancer cases, but in extremely rare cases.

Cancer occurs when changes called mutations take place in genes that regulate cell growth. The mutations let the cells divide and multiply in an uncontrolled way. Breast cancer is cancer that develops in breast cells. Typically, the cancer forms in either the lobules or the ducts of the breast. Lobules are the glands that produce milk, and ducts are the pathways that bring the milk from the glands to the nipple. Cancer can also occur in the fatty tissue or the fibrous connective tissue within your breast.

The uncontrolled cancer cells often invade other healthy breast tissue and can travel to the lymph nodes under the arms. The lymph nodes are a primary pathway that help the cancer cells move to other parts of the body. See pictures and learn more about the structure of the breast.

A tumor is present as a result of the accumulation of cancer cells which grow as a result of DNA mutation of these “once upon a time” healthy cells. Mutations progress and develop over time. Other mutations are caused due to inherent reasons and environmental exposure. The exact cause may sometimes not be clear, however several risks trigger the growth of cancer cells leading to breast cancer. They are:

Gender and Age: The chances of breast cancer in women are high, especially with women in the late 40's and early 50's and require diagnosis and breast cancer treatment.

Hereditary: If an immediate family person, especially blood relation has had a history of breast cancer, chances are it would be passed on.

Defects in Gene: Women with defects in their BRCA1 or BRCA2 genes are more vulnerable to breast cancer. The probability of them getting breast cancer is as high as 65%.

Dense Breast Tissue: Chances of breast cancer developing in women is higher with a higher density of breast tissue

Hormones: Women who had their menstrual periods started before the age of 12 and also women with late menopause (after 55) have a greater risk of getting breast cancer.

Weight: Women who are obese after menopause have a higher risk of breast cancer due to the higher discharge of estrogen.

According to doctors worldwide, 5-10% are linked to gene mutations and are inherited. A number of gene mutations are passed through generations of a family. These mutated genes can increase the likelihood of breast cancer. The  well-known breast cancer gene 1 and 2 i.e. BRCA1 and BRCA2. Both on them increase the Irish of breast cancer and ovarian cancer. If you have a history of cancer in the family, the doctor might recommend a blood test to identify specific mutations in BRCA or other genes that you are being passed through your family.

Can men also have chances to get breast cancer?

Breast cancer is a very scary and serious illness. It is important to know the signs and symptoms so that you can be prepared and take the necessary steps to help yourself. In order to help you better understand, here are some of the most common symptoms of breast cancer in men.

What are the Breast cancer symptoms in men?

Breast cancer is common cancer in women. However, it is estimated that 1 in every 8 men will be diagnosed with breast cancer during their lifetime. Men are often confused about what the symptoms of breast cancer are, and this is because there are a lot of myths about men and breast cancer.

There are various types of breast cancer. Some are common, while there are also combinations of cancers. Some of the most common types of cancer are as follows:

Ductal carcinoma in situ: The cells lining the duct line change and become cancerous. DCIS is non-invasive breast cancer and can be cured to a great extent if detected early.

To determine if your symptoms are caused by breast cancer or a benign breast condition, your doctor will do a thorough physical exam in addition to a breast exam. They may also request one or more diagnostic tests to help understand what’s causing your symptoms.

Tests that can help diagnose breast cancer include:

The most common way to see below the surface of your breast is with an imaging test called a mammogram. Many women aged 40 and older get annual mammograms to check for breast cancer. If your doctor suspects you may have a tumor or suspicious spot, they will also request a mammogram. If an abnormal area is seen on your mammogram, your doctor may request additional tests.

A breast ultrasound uses sound waves to create a picture of the tissues deep in your breast. An ultrasound can help your doctor distinguish between a solid mass, such as a tumor, and a benign cyst. Your doctor may also suggest tests such as an MRI or a breast biopsy. Learn about other tests that can be used to detect breast cancer.

This body scan uses a magnet linked to a computer to create detailed images of the insides of your breasts.

For this test, the doctor removes tissue or fluid from your breast. They look at it under a microscope to check for if cancer cells and, if they’re there, learn which type they are. Common procedures include:

Lumpectomy is the most common form of breast cancer surgery which is successfully able to preserve the breast. It is commonly performed on patients with early stages of breast cancer. The surgeon cuts through the breast area to remove the tumor as well as some part of breast tissue. The cut is then sealed with stitches or sutures.

A mastectomy is another breast cancer surgery where the full breast is removed as a result of heavy tumor present. In some cases, the skin may be preserved while only the nipple is removed.

Chemotherapy is another common form of breast cancer treatment which is done over several weeks via administration of drugs via several kinds of injections to kill the cancer cells: drugs intravenously (IV), intra-arterially (IA), or via intraperitoneal (IP)

Radiotherapy is a breast cancer treatment that uses radiation in the diseased area. This also requires several weeks to make the treatment effective.

Targeted drug therapy includes administering the patient with a number of drugs that will particularly hit the cancer cells and its constituents. The treatment is usually performed in combination with chemotherapy.

Breast cancer treatment takes several weeks, and many people have medical coverage that pays for most or all of the cost if you have health insurance, Medicare, or Medicaid. The duration of your treatment will also vary depending on a number of factors, including the size and stage of your tumor, the type of surgery planned, whether or not chemotherapy is used, and whether or not you receive radiation therapy.

Although it varies, the average length of time a woman will remain in treatment for breast cancer and its treatments is about six months.

Breast cancer treatments can take from three months up to a year or longer to complete. During this time, your body may experience changes such as swelling, pain, and the formation of a scar.

Treatment for breast cancer can change over time, depending on the stage of your illness and other factors. In general, most women are diagnosed with breast cancer at an advanced stage, which is when the disease has metastasized (spread) to other parts of the body. The duration of treatment depends on many factors including the type of treatment used and the patient’s overall health.

The average breast cancer treatment time can be a little over a year, though the length of each treatment cycle varies.

Breast cancer treatment takes many forms and lasts a lifetime. Most therapies target the cells that make breast cancer tumors, known as cancer cells. Doctors may prescribe specific medications and radiation therapy to shrink large tumors and remove them.

Breast cancers can take treatments of all different lengths of time, ranging from a few days to several months. Your doctor will have you watch closely while you’re undergoing treatment; they may even tell you when they think you will begin experiencing symptoms of cancer returning (coming back).

If a woman has breast cancer, the treatment will last anywhere from two to four weeks. The first round of treatment may be shorter or longer depending on the type of breast cancer treatment she needs and how many times she's received radiation or chemotherapy in the past. After treatment, women can still wear a supportive bra to help prevent sagging.

How can I reduce the chances of breast cancer?

The likelihood of getting breast cancer depends on how often a woman gets it or her family's history of it. However, there are many things you can do to lower your chances of getting breast cancer.
By assessing your risk factors in terms of age, family history of breast cancer, and other personal characteristics and lifestyle habits such as maintaining a healthy weight, limiting alcohol intake, and limiting radiation exposure, as well as taking advantage of available screening options.

What is the part of the high risk for breast cancer?

Do reproduction and menstrual history increase the breast cancer risk? 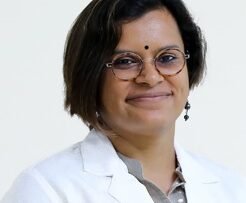