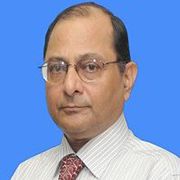 Dr Anil C Anand is the best gastroenterologist in India, Delhi and he has an experience of 34 years in this field. He practices at Indraprastha Apollo Hospitals in Sarita Vihar, Delhi. Dr Anil C Anand completed MBBS from the University of Lucknow in 1975, MD - General Medicine from the University of Pune in 1980 and DM - Gastroenterology from All India Institute of Medical Sciences, New Delhi in 1988.

Treatments offered by the best gastroenterologist in India:

Professor & Head, Department of Gastroenterology
Senior Advisor (Medicine & Gastroenterology)
Army Hospital R & R and Base Hospital, New Delhi
Earned experience in running and modernising what is possible today the best Gastroenterology centre in the country
Initiated and progressed the case for the establishment of a Liver Transplant Centre under a specialised Hepatobiliary Unit

Share your Experiencewith Dr. AC AnandYour email address will not be published