A pacemaker insertion involves a treatment where an electrically-charged medical device, called pacemaker is implanted in your body to deal with irregular heartbeats called arrhythmias. During an arrhythmia, the heart is not able to pump an adequate amount of blood to the body. This causes several body symptoms such as tiredness, breathing problems, or fainting. If the arrhythmias are severe, the body's vital organs can be damaged and may even cause loss of consciousness or death.
Pacemakers generally treat two types of arrhythmias:
●    tachycardia, when the heartbeat is very fast.
●    bradycardia, when the heartbeat is very slow.
Normal ageing of the heart may sometimes interrupt your heart rate, leading to slow heartbeats. Heart muscle damage resulting from a heart attack is another common cause of disruptions of your heartbeat. Other factors also govern your heart rate. Intake of some medications also interferes with your heartbeat. Genetic conditions are also responsible for causing arrhythmia. Regardless of the underlying cause of an abnormal heart rate, a pacemaker insertion may fix it.

How does a Pacemaker Work?

A pacemaker installation is regulated the entire body’s electrical system, thereby controlling your heart rhythm. As every heartbeat is made, an electrical impulse is transmitted throughout the body, from your heart, sending signals to your heart’s muscles to contract.
A pacemaker insertion is also capable of tracking and recording your heartbeat. A record can help your doctor to analyze your arrhythmia better. Pacemakers may contain one to three wires which are planted in the different chambers of your heart to carry out several functions.
●    The wires planted in a single-chamber pacemaker: These wires transmit electrical pulses from the generator to the lower right chamber of your heart.
●    The wires present in a dual-chamber pacemaker: These wires transmit the electrical pulses to the upper right chamber of your heart and the right ventricle.
●    The wires planted in a biventricular pacemaker: These wires are responsible for transmitting pulses from the generator to an atrium and both ventricles.

Why do I need a Pacemaker Insertion?

You need a heart pacemaker surgery or a pacemaker insertion if your heart is pumping blood very fast or very slowly. Because in both cases, your body is not able to get enough blood. This condition can cause:
●    fatigue
●    fainting/lightheadedness
●    shortness of breath
●    damage to vital organs
●    eventual death

Pacemaker installation generally takes about 1 to 2 hours. Before the Pacemaker insertion surgery, you will be injected with a local anaesthetic on the site where the incision will be made. This is done in order to ensure a painless surgery. A small incision is made around the shoulder by the surgeon. A small wire is then passed through the incision leading to the major vein which is near your collarbone area. After this, the surgeon guides this wire through your vein to finally your heart. During this entire Pacemaker installation procedure, an X-ray machine is used which guides the surgeon with the wiring. Using the wire, your surgeon attaches an electrode to your heart’s right ventricle. The ventricle is the biological term for the lower chamber of the heart. the wire on the other end is attached to a pulse generator which consists of the battery and electrical circuits. The generator is generally implanted under your skin near your collarbone. In case you are getting a biventricular pacemaker installation, the second lead is attached to your heart’s right atrium. The atrium is the upper chamber of the heart. When the surgery is completed, the surgeons stitch the incision area.

Post your Pacemaker installation surgery, your surgeon may discharge you the same day or make your stay in the hospital overnight. Before you are discharged, your surgeon will make sure of the pacemaker's placement is done properly along with its proper programming so that your heart functions properly. At the follow-up appointments, your surgeon may reprogram the pacemaker according to the needs. For the first few months post your Pacemaker installation surgery, you should avoid heavy exercising and heavy lifting. For discomfort, you may be prescribed over-the-counter medications. Every few months, you’ll attach your pacemaker up to a phone line. The unique gadget will be provided to you by your surgeon. This gadget will allow your surgeon to receive information from your pacemaker saving you the hospital visit.

Pacemaker insertion surgery is generally is a safe procedure without any complications or risks. If risks do occur, they may include:
●    Swelling, bleeding, bruising, or infection.
●    Blood vessel or nerve damage
●    A collapsed lung
●    A bad reaction to the medicine used during the procedure 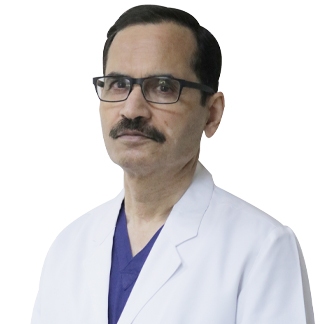 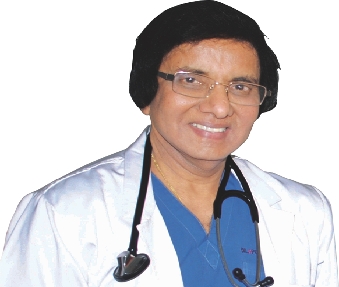