Oculoplastic Surgery, also known as Ophthalmic Plastic and Reconstructive, Oculofacial or Eye Plastic Surgery, is a generic term that deals with a large variety of procedures involving the deformities and abnormalities of the orbit, eyelids, tear ducts, and the face. Ocular reconstructive surgery, aesthetic eyelid surgery, facial plastic surgery, and cosmetic procedures also fall into this category. Plastic surgery is most commonly used for moulding or reconstructing several parts and organs of the human body in order for them to function properly. Oculoplastic Surgery is a kind of plastic surgery that specifically pertains to the parts around the eye. Such surrounding areas, especially the eyelids are highly delicate structures which are responsible for preserving the vision of the eye and as well as other features of a normal facial appearance. Carrying out surgery in a highly sensitive area like the eyes can significantly affect the sight. Therefore, the doctors carrying out the oculoplastic surgery, i.e. Oculoplastic Surgeons are highly qualified in order to perform such a delicate surgery and to provide the best kind of eye care.

Oculoplastic surgery covers a large array of procedures, both medical and cosmetic, which include:

The different oculoplastic surgery procedures belonging to areas around the eye can be described as follows:

Blepharoplasty or the Eyelid surgery, is cosmetic surgery for eyes which is performed to remove excess muscle, skin, and fat deposits from the eyelids. It can be performed on both the upper and lower lids. The main objective of the Eyelid surgery Eyelid surgery is to improve the appearance of wrinkles, puffy upper eyelids or under-eye bags giving the patients a refreshed appearance.

In this kind of oculoplastic surgery, the doctor makes small incisions cutting via the nose or through the skin which is present in towards the corners of your eye and your nose.
The doctor creates a new tear drain opening which is made using the blocked sac directly into the nose. The doctor may then leave a stent for some time so that the new duct remains open. In some cases, where the new tear duct can't be created due to blockage, the doctor may place a permanent artificial drain right behind the corner of the eyelids.

Before your orbital surgery begins, the doctor will first carry out a radiographic test such as a CT scan in order to assess your eye.
There are many kinds of orbital surgery, and every kind's surgical approach may vary that depending on factors such as the location, size, and extent of disease present around the eye. For example, in some cases, you may require only a small skin incision while in other cases it may not be required at all. In other set of cases, the orbital surgery may essentially require large incisions that may result in visible scars. That's when the oculoplastic surgeon will make a safe removal of the diseased cells and tissues while also carefully preserving eyesight and its function.

The doctor makes a number of small cuts and incisions in the scalp behind the hairline or may create a single but longer incision which can be concealed in the hair of the scalp. After the incision, the doctor removes the excess skin so that the forehead and eyebrows are raised to the normal level. Most of the times, blepharoplasty of the eyelids is coupled with the eyebrow and forehead lift.

A facelift surgery, also called Rhytidectomy is a cosmetic procedure carries out to remove extra facial skin in order to make it look fresh and younger and less saggy. The skin around the jawline, known as “jowls”, or the deep creases around the neck and the nose along with extra fatty tissues on the face can lead to an unpleasant appearance of the face. Both men and women have been getting the facelift surgery done, and this surgery has been consistently on the forefront of the widely carried out cosmetic procedure.

CureIndia helps you choose the right doctor for your medical treatment. Most of the doctors in our associated hospitals
have been internationally trained and are active members of many international medical councils and associations.
Let's hear from some of the most reputed dcotor's for Glaucoma treatment in India. 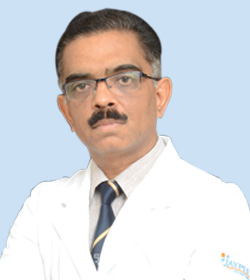 Get the Eye color you've always dreamed of