What happens in Bone and Soft Tissue Cancer?

Cancer in the Bone and soft tissues arises from different parts of body's connective tissue like bone, muscle, fat, tendon or cartilage. The cells in these body parts can mutate and start attacking the healthy cells, giving rise to tumors that can be benign or malignant. The malignant tumors are known as sarcomas. Sarcomas can develop anywhere in the body, including the head and neck, or inside the chest and abdominal cavities. Bone sarcomas or bone cancer is the second most common group of sarcoma. Bone tumors can either be benign (non-cancerous) or malignant (cancerous). However, benign bone tumors dare not very dangerous as they do not spread as quickly as malignant tumors do. In either case, however, both of them can compress the healthy bone tissue. Cancer that develops in the bone is called primary bone cancer.
•    Osteosarcoma is the largest type of primary bone cancer which occurs in growing bones and is often diagnosed in children.
•    Chondrosarcoma, which is another type of primary bone cancer is found in the cartilage which is more often diagnosed in adult than children.
•    Ewing’s sarcoma is the type of bone cancer which can either occur in the bones or soft tissue or both.This, in turn, depends upon the original location in the tumor.
Sarcomas are however a rare type of cancer observed in people.

The exact causes of Sarcomas have not been yet identified by scientists. However, mutations in the DNA of the call are the leading cause of many kinds of tumor or cancer present worldwide. However, some risks factors that have been found to promote the DNA mutations leading to sarcomas have been identified. They are:
●    Having a bone disorder called Paget's disease
●    Hereditary Problems
●    Exposure to Harmful radiation
●    Previous history of cancer
●    Kaposi's sarcoma: the only type of soft tissue sarcoma that has a clearly defined cause - the human herpesvirus 8
●    Age
●    Obesity: Obese people with denser bones and soft tissues are more at risks
●    Exposure to certain chemicals, including vinyl chloride, dioxins, and phenoxyacetic herbicides.

People suffering from the early stages of bone cancer and soft tissue sarcomas often have no symptoms. However, as the tumor begins to grow, more symptoms of soft tissue sarcoma start springing up. These include:
●    Pain: Extreme pain can be experienced in the general area as tumor spreads out to local tissues, nerves, or muscles.
●    Inflammation: The tumor grows bigger in size causing inflammation and swelling to the area.
●    Location-specific symptoms: If the sarcoma is on the arms or legs, you may not be able to have proper movement in the limbs.

Bone cancer symptoms may include:

Bone cancer and sarcoma survival rate of 56% and 90% if the cancer is diagnosed at an early stage. For Rhabdomyosarcoma, ~70% of children can be cured, however, children with metastatic disease at diagnosis have a lower survival rate of ~30%. 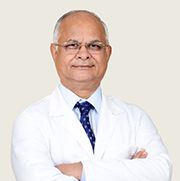