Liposuction, which is also called lipoplasty, liposculpture suction is a cosmetic surgical procedure that involves the use of a suction technique to suck fat from specific areas of the body like abdomen, hips, arms, calves etc. A hollow instrument, known as a cannula is used for removing the fat. A powerful, high-pressure vacuum is applied to the cannula when it is inserted into the skin. Sometimes, liposuction is also used for breast reduction.

How is the Liposuction Surgery done?

The Liposuction Surgery is usually carried out under general anaesthesia. On gaining weight, the fat cells present on your body increase in volume as well as size. Liposuction technique is applied to reduce the number of fat cells in that specific area. The appearance of the area and the volume of fat is important to govern the amount of fat that can be removed via Liposuction surgery. Post Liposuction surgery your weight remains stable.
This is because of the skin of the body part from where the fat has been removed moulds itself to the new contours. The skin is would look smooth if you have good skin tone and elasticity. However, if your skin is thin with poor elasticity, the surface area or the skin of the treated areas may appear loose.
NOTE: Liposuction is not responsible for improving cellulite dimpling present as skin irregularities on the body surface. Likewise, liposuction doesn't remove stretch marks.

To be a candidate for liposuction, your body must possess the following body conditions
•    Excellent health
•    To be within 25 pounds of his or her ideal body weight
•    Having fat depositories that have not responded to diet or exercise
•    Regular Blood Flow
•    No Diabetes
•    Good Immune System
On the other hand, people who have the following conditions do not qualify as candidates for the Liposuction surgery
•    Pregnant or Nursing Women
•    People with ailments that restrict healing.
•    People taking blood-thinning medications
•    People allergic to lidocaine, which is used in the surgery

Liposuction surgery may be carried out normally to remove excess fat from the body. However, it is also done to fix somebody conditions.
•    Lymphedema: A chronic ailment where excess fluid known as lymph collects in tissues, causing edema, or swelling.
•    Gynecomastia: A condition where fat accumulates under a man's breasts.
•    Lipodystrophy syndrome: Uneven fat distribution in the body
•    Extreme weight loss after obesity: A person with abnormal obesity who loses at least 40 per cent of their BMI may need treatment to remove excess skin and other abnormalities.
•    Lipomas: These are the fatty tumors present in the body.

Any major surgery may carry a risk of bleeding, infection, and a reaction to anaesthesia (mild or adverse)
Here are the following risks associated with Liposuction surgery :
•    Bruising
•    Inflammation
•    Numbness
•    Infection
•    Fluid accumulation
•    Contour irregularities

India has some of the really premium cosmetic surgery medical institutes throughout the country. The cosmetic surgeons have marvellous expertise in pulling off a Liposuction Surgery with a great success rate. 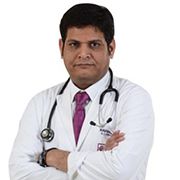