For people suffering from age-related hearing loss, the doctors may suggest getting cochlear implants, which are an electronic, hearing aid device responsible to retain hearing partially. Cochlear implants can also be a good option for people suffering from intense hearing loss due to the damage in the inner-ear and want to try an effective hearing aid for restoring hearing capability. Do not confuse Cochlear implants with hearing aids. Hearing aids function in a way that they amplify the incoming sound whereas a cochlear implant is able to bypass the damaged portions of the ear so as to transmit the sound signals to the auditory (hearing) nerve. Cochlear implants consist of a sound processor which is implanted behind the ear. The processor captivates the sound signals and then delivers them to a receiver which is implanted behind the ear under the skin. The receiver then sends these sound signals to the inner ear (cochlea), where the electrodes are implanted. These sound signals are responsible for stimulating the auditory nerve, which is a bundle of nerve fibres that carries hearing information between the cochlea the brain. After the information reaches the brain, the brain interprets them into sound. However, the sounds that are produced would not be just like normal hearing. It may take a little time to train and to learn on interpreting sound signals which the cochlear implant sends. After almost a year of use, people who have gotten cochlear implants make a significant improvement in understanding speech.

Advantages of a Cochlear Implant

Who is a candidate for a Cochlear Implant?

Both children and adults can show the candidacy to get cochlear implants. But the eligibility may depend on the extent of the hearing loss. Cochlear implant candidacy is usually determined on a case-by-case basis.
Children are considered viable candidates to get a cochlear implant when they:
•    have a significant hearing loss in both ears.
•    Do not gather an advantage through the use of hearing aids.
•    Have overall good health and are free of medical conditions that would not compromise surgery.
•    Understand the impact of the successful use of cochlear implants.
•    Have support from an educational program that will emphasize the development of auditory skills.

Adult candidates are generally eligible for a cochlear implant if they:

•    Have severe or profound hearing loss in both ears.
•    Get little or no benefit from hearing aids.
•    Have no medical problems that could put them at risk during surgery.
•    Have a strong desire to be part of the hearing world and communicate through listening, speaking, and speechreading.

There are several causes of hearing loss. These may range from several medical conditions that develop overage, while some can be congenital (present at birth)
•    diabetes
•    poor circulation
•    exposure to loud noises
•    use of certain medications
•    the  family history of hearing loss
•    smoking
•    change in the structure of the ear
•    damage to the nerves present in the ear
•    congenital issues, an impaired ear structure may be present from the birth, which may cause hearing problems from the start.

In the cochlear implants surgery, the surgeon first injects anaesthesia to numb the portion where the surgery will take place, the ear. Once the anaesthesia starts functioning, the doctor starts by making an incision behind the ear and cuts in a way in order to create a slight depression in the portion of skull one (mastoid) where the internal device would be placed. The surgeon will then makes a tiny hole in the cochlea of the ear and passes through the electrode array of the internal device. The incision is finally closed using stitches after the placement of the internal device.
After this the doctor or the concerned audiologist proceeds to activate the cochlear implant via the following steps:
•    Adjust the sound processor to fit you.
•    Check the various components of the cochlear implant in order for their proper functioning
•    Determine what sounds you hear
•    Give you information on the proper care and use of the device

There is a proper rehabilitation for people who have had cochlear implant surgery. This is done to train the brain to understand different types of sounds which are heard through the cochlear implant. The voices you will hear from the cochlear implants will be different from what you would have heard before the implant. It will take the brain some time to properly identify what these sounds mean. This process is gradual and shows the best results if you wear the speech processor continuously during waking hours. 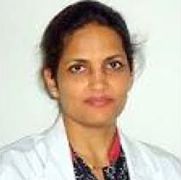 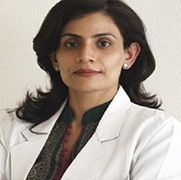